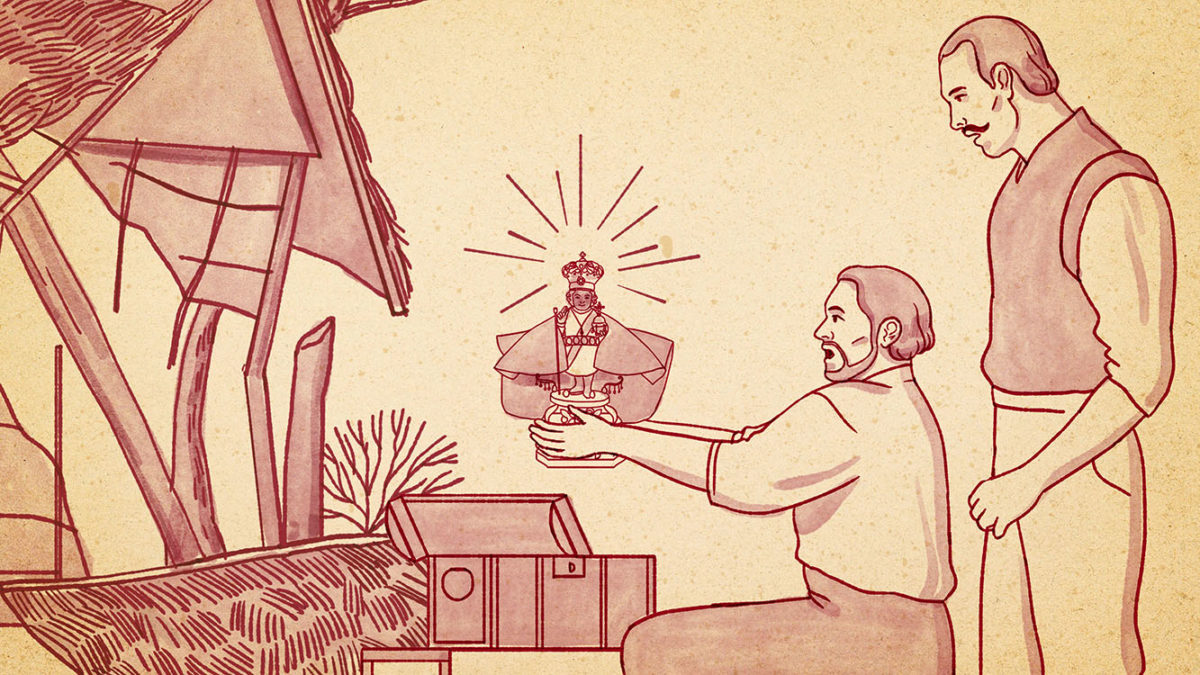 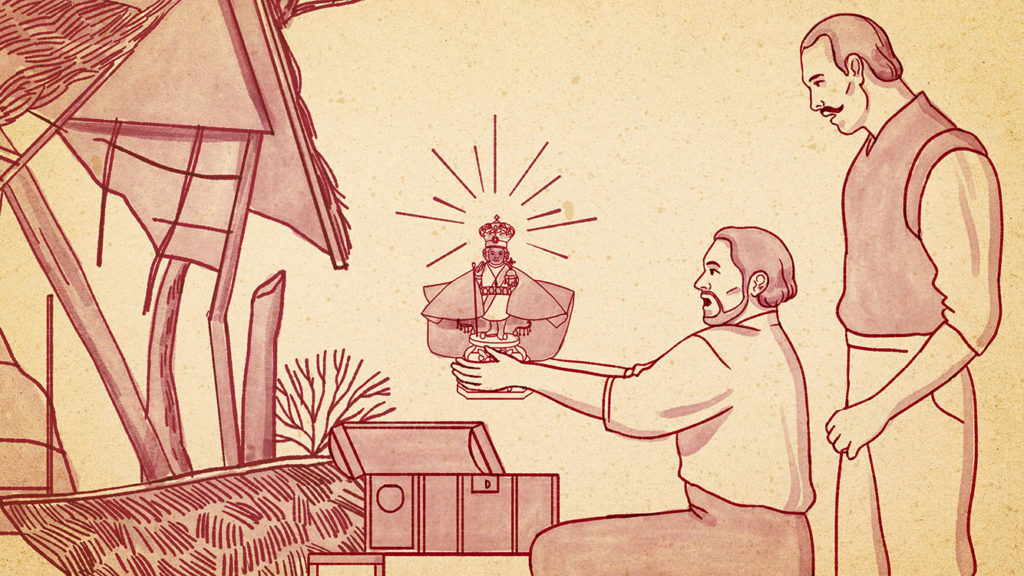 The worldwide veneration to the image of Sto. Niño in the Basilica Minore del Santo Niño de Cebu and the celebration of the Fiesta Señor started way back to the miraculous finding of the image by the Legazpi-Urdaneta expedition on April 28, 1565.

The miraculous finding or Kaplag (Cebuano term for “finding”) had also fired the Augustinians’ hope and courage in their mission of spreading the gospel, and thus, eventually marked the start of the formal evangelization of the Philippines.

The image is believed to be the same image given by Ferdinand Magellan to Queen Juana during the baptism of the natives on April 14, 1521.

The story of the Kaplag started at the arrival of the 5-ship Spanish armada of the Legazpi-Urdaneta expedition. Miguel Lopez de Legazpi, the head of the expedition, was accompanied by Andres de Urdaneta, the armada’s prelate, and four other Augustinian friars: Fray Martin de Rada, Fray Diego de Herrera, Fray Pedro Gamboa, and Fray Andres de Aguirre.

Unsure of how their presence was regarded by the natives upon their April 27 arrival in Cebu, General Legazpi sent word to the Cebu chieftain, Datu Tupas, that he would like to meet him, and that they came in peace. Tupas failed to meet with Legazpi despite several attempts to communicate to him.

After Datu Tupas failed to meet Legazpi, Legazpi decided to use force against the natives, not to cause harm but “to just awaken fear.” Legazpi sent maestro de campo Mateo del Saz and Captains Martin de Goyti and Juan de la Isla along with some of the soldiers aboard two vessels to do the attack.

The artillery barrage scared off the natives who fled to nearby hills and mountains, abandoning their village. Fifty houses made of nipa (a material made of leaves from native palms) and other light materials got burned to the ground. It was not clear on whether the fire was caused by the natives in their attempt to flee, or by the Spanish artillery attack. 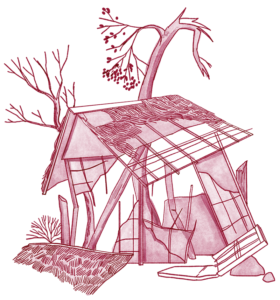 The winds changed, in effect extinguishing what could have been a more devastating fire. Once the fire was under control, the soldiers were permitted to go to shore on a batel. They were dispatched to investigate what were left of the fire, with instructions to requisition any leftover food in houses not lost to the fire.

Juan de Camus (a sailor from San Pedro), along with Pedro de Alorga (artillery man from the same ship) found a pine (wood not found in the islands) box tied with Castilian cord. The pine box was one of the three boxes that remained unscathed from the fire. In it was the carving of the Child Jesus.

Ecstatic beyond himself because of the find, Camus ran out screaming about discovery saying in his native Vizcayan tongue “For the body of God, I found the Son of the Holy Mary.”

Camus placed a bamboo cross in front of the house to mark where the image of the Child Jesus was found. Upon being informed of the find, General Legazpi ran to the house where the cross was and got on his knees “weeping copiously and displaying singular acts of devotion, accompanied by the religious with tender sobs of joy.”

The entire army with “fervent tears”, undertook a procession going to the house, and carried the Image. They deemed it as a consolidation from God of their arduous, albeit uneventful, pilgrimage. The image was placed on an improvised altar and a mass was then offered, attended by the Adelantado, the officers, the friars and some natives.

The Kaplag celebration is then, henceforth, celebrated by a procession.