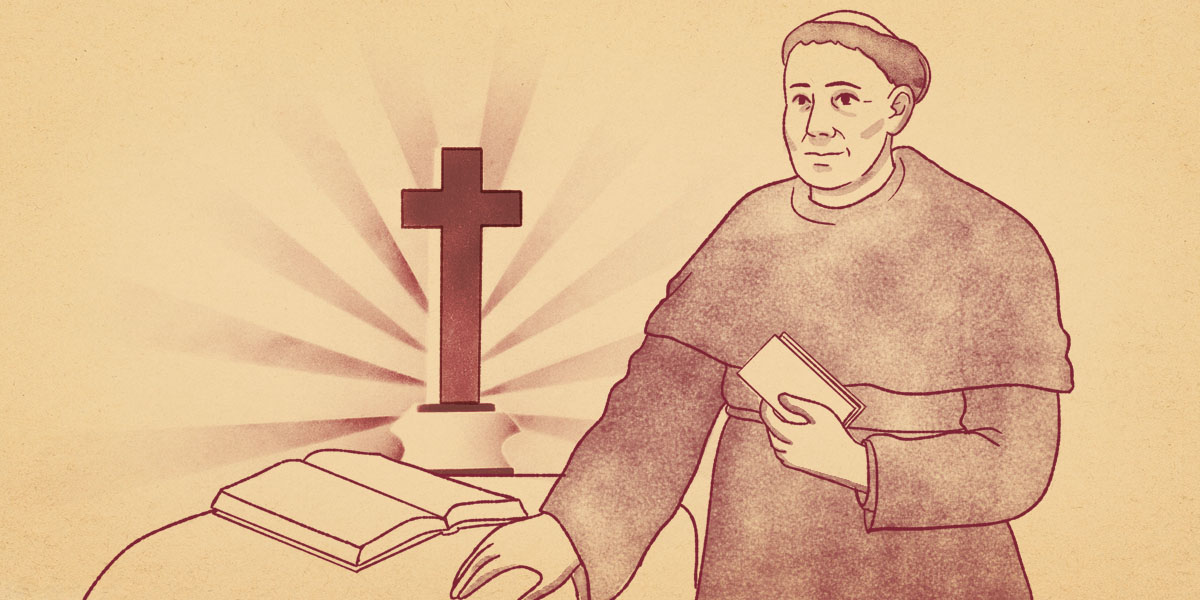 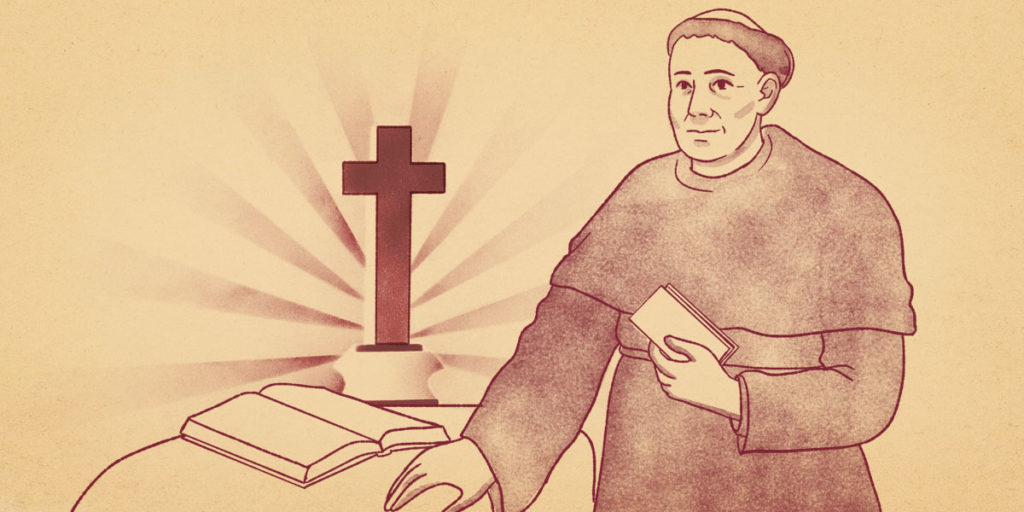 Augustinian priest Fray Martin de Rada – one of the five Augustinian friars who accompanied the expedition of Miguel Lopez de Legazpi and Fray Andres de Urdaneta – was instrumental in the Christianization of Cebu, (and later in the Philippines) in 1565 and decades afterwards.  His contributions included, not only the groundwork of the spread of the Catholic faith to the Filipinos, but also for his advocacy for better treatment of the Filipinos under the Spanish rule.

De Rada pushed for the evangelization of the Philippines immediately after the Legazpi-Urdaneta expedition* set anchor in Cebu in April 1565. In a series of letters to the Crown, de Rada sought for official sanction to establish themselves permanently in the Philippines islands and to proceed with the conversion of the natives.

De Rada was called a modern missionary of the Church for his significant contributions to both religion and science – two principal factors of culture. De Rada applied his astute mathematical talent and knowledge in astronomy and geography in measuring distances, tracing charts, and opening new pathways. His courage and diplomatic skills in maintaining the balance between common good and cooperation with the civil authorities helped Spain maintain permanent occupation in the country long enough to spread the faith significantly.

Father of the Church of the Philippines

De Rada stayed in the Philippines after Andres de Urdaneta left. Urdaneta’s mission was to discover and pave for the establishment of the Philippine-Mexico (New Spain) that spurred the increased travel between the Americas and the Asian islands. The bulk of the missionary work in the islands, then, laid on De Rada’s shoulders after Urdaneta left.

De Rada’s constant appeals to the Spanish kings and viceroys in behalf of the natives and their Christianization efforts earned him the title the First Apostle of the Faith and the Father of the Church of the Philippines.

De Rada not only laid the groundwork for the missionary work of the Religious (at that time, were all from the Order of St. Augustine), he made sure that the natives were treated justly, kindly, and compassionately.  De Rada frequently reported to the Spanish kings the abuses of the Spaniards towards the natives especially during the governorship of Guido de Lavesares, the successor of Miguel Lopez de Legazpi.

His complaints were centered on the following: “legitimacy of the conquest, the collection of tributos (tributes), conditions on which war may be made against the natives, encomiendas and the abuses of the encomienderos, manner of preaching the gospel, means by which to justify the legal right of conquest and how to make up for the errors.”

During the Spaniards early conquest, De Rada questioned the Spaniards right to conquer, and subsequently the right to demand tributos (tributes). He argued that the Spanish king’s Instrucciones only allowed the collection of tributos from the natives who were pacified. There was no mandate to wage offensive war against the natives, nor allow hostility. The absence of pacification removes the right to demand tributos, de Rada reasoned. His opinion over the tributos were documented in his Parecer in 1574 and 1577.

He later acceded to the legitimacy of the conquest just so he could continue their missionary work. But he still constantly and passionately reported and fought against the abuses of the Spaniards against the natives.

De Rada’s mission, service, and advocacy would not have been so stellar outside the context of his upbringing. Born into a wealthy, privileged, and influential family, he was in line to become the Abbot of La Oliva in Spain. Contrary to the desires and dictates of his influential family who were favored by kings, popes, and emperors, Martin de Rada volunteered for missionary work to new worlds despite the dangers, risks, and uncertainty.

His first years of service to the Augustinian Order earned him the reputation as a good theologian, a distinguished linguist, and a repository of talent and knowledge for exact sciences, for mathematics, and for astronomy. He was known as one of the famous astronomers of his time.

His high and noble lineage is eclipsed by the nobility and the brilliance of his service to his faith, the Augustinian Order, and later, the natives of the Philippines.

As a noble and brilliant missionary, servant, and advocate, Augustinian priest Fray Martin de Rada certainly had made his distinguished contribution to the beginnings of the evangelization of the Philippines.