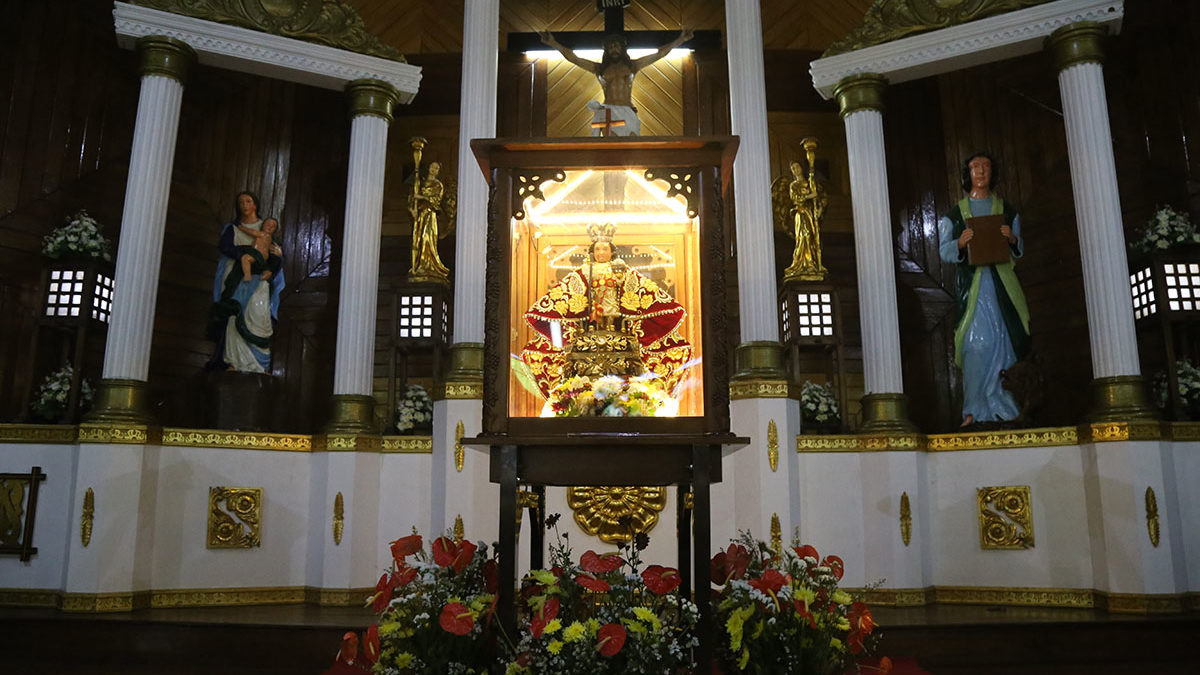 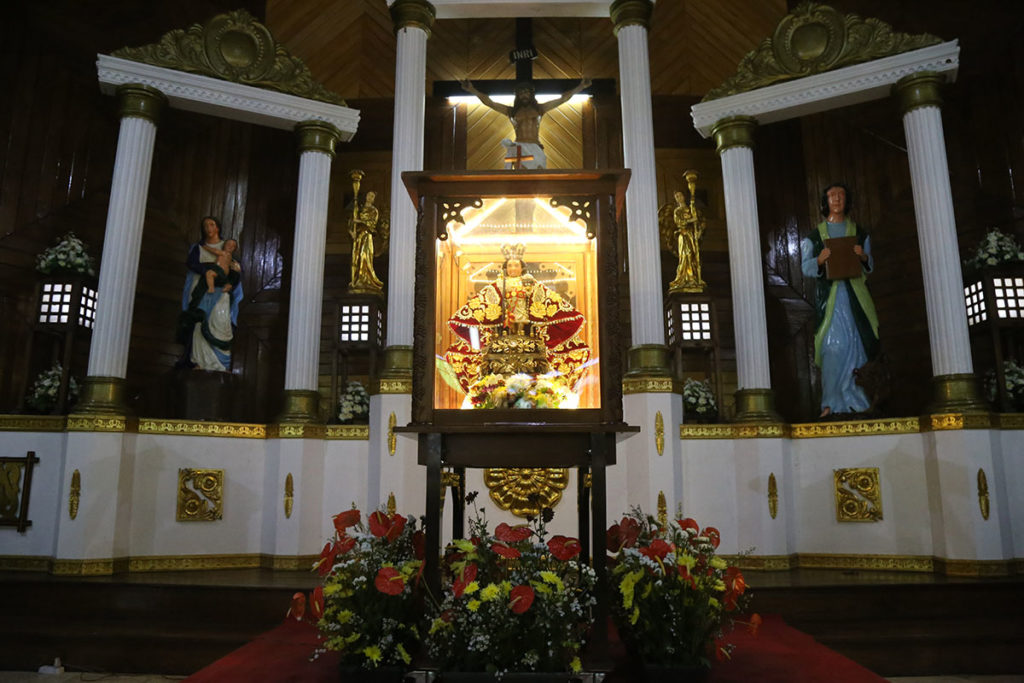 The Santo Niño at 500 pilgrimage team held another successful pilgrim visit of the image of Santo Niño in the provinces of Quirino and Nueva Vizcaya, particularly in the Diocese of Bayombong, on February 7-12, 2020.

The team arrived at the Cauayan City Airport in Isabela Province on February 7 and was warmly welcomed by the parishioners and devotees of the provinces of Quirino and Nueva Vizcaya. From the airport, the pilgrimage team headed to St. Louis Beltran Parish in Solano where the official opening ceremony of the pilgrim visit of the image of the Santo Niño was held. It was led by Hon. Eufemia Dacayo, the Mayor of Solano, Nueva Vizcaya.

The team then proceeded to St. Dominic de Guzman Cathedral in Bayombong, Nueva Vizcaya through a motorcade. The image was welcomed by Sinulog dancers, drums and bugle corps and the devotees and priests of the Cathedral. A welcome ceremony was held followed by public veneration and catechism about the history of Santo Niño de Cebu. A welcome mass was also presided by the Bishop of Bayombong, Bishop Jose Elmer I. Mangalinao, DD followed by public veneration.

The Holy Image was then brought to St. Louis Beltran Parish in Solano and was welcomed by the devotees. The motorcade was followed by a welcome ceremony, veneration and vigil until midnight.

On February 8, a send-off mas was held at 6 AM followed by a motorcade going to Our Lady of Fatima Parish in Villaverde. The image was again welcomed by the devotees and parishioners with a ceremony. The team then transferred to Our Lady of Fatima School in Villaverde where a public veneration, catechism about the history of Santo Niño de Cebu and vigil with the students were held.

A send-off ceremony in Villaverde was followed by a motorcade going to St. Augustine of Hippo in Saguday, Quirino. A welcome prayer, symposium and catechism were held at St. Augustine of Hippo. There was a welcome mass as well followed by public veneration and vigil. A parade going to the Saguday Gymnasium for the Sinulog sa Saguday Panangidaton Festival also took place.

A motorcade was also held going to St. Mark’s School in Cabarroguis where the team was welcomed with the presentations of the students followed by a solemn procession. At St. Mark’s Parish, a welcome ceremony and catechism were also held, and a continuation of the public veneration and vigil.

The pilgrim image arrived at the St. Joseph the Worker Parish in Diffun where a grand welcome ceremony was offered by the devotees, Sinulog dancers, students and teachers. It was then followed by public veneration and catechism.

The pilgrim image of Santo Niño also visited the Our Lady of Lourdes Parish in Aglipay. It was transferred after to St. Vincent Ferrer Parish, Poblacion Norte in Maddela then to St. Padre Pio Parish in Nagtipunan, the last parish to be visited.

The pilgrimage team travelled back to St. Augustine of Hippo Parish in Saguday where the image stayed overnight. A send-off mass, public veneration and closing ceremony were held for the safe travel of the pilgrimage team and the image of the Santo Niño to Cebu City. 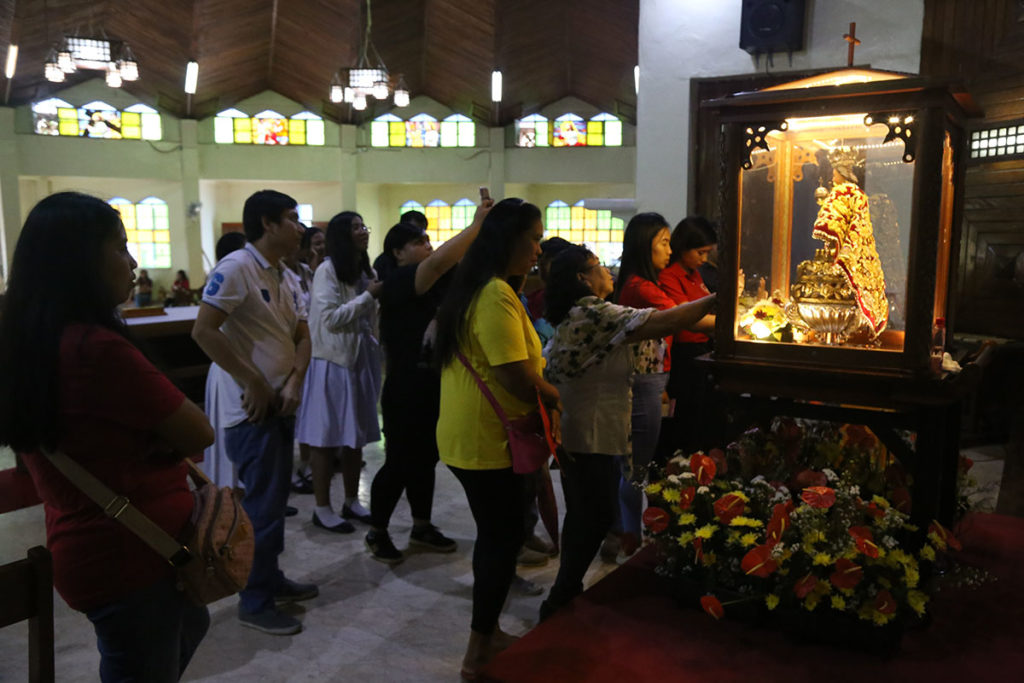 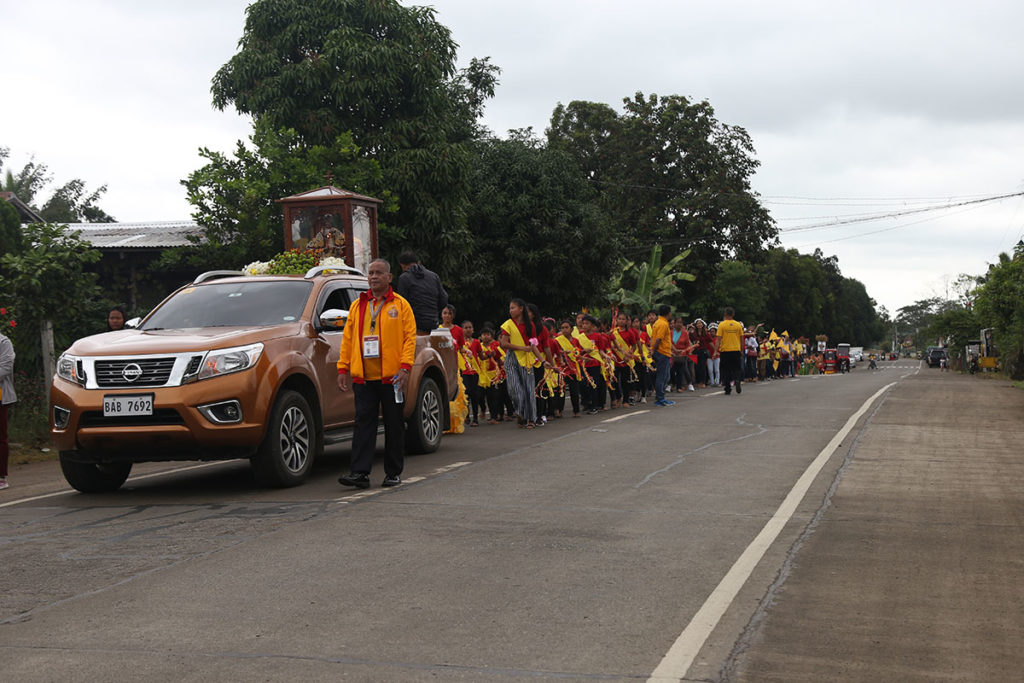 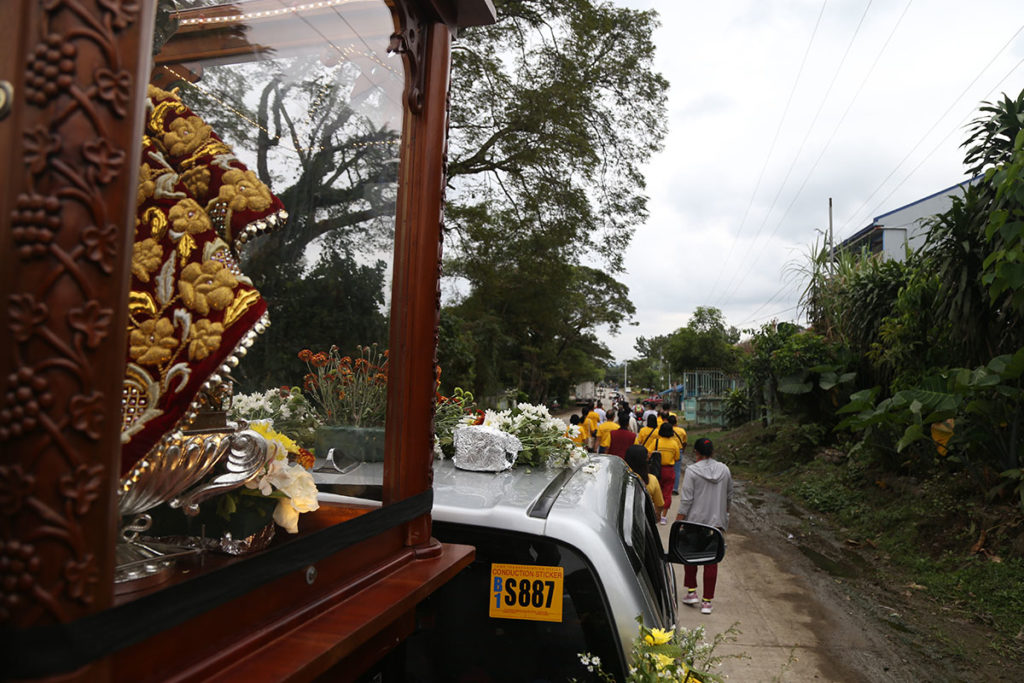 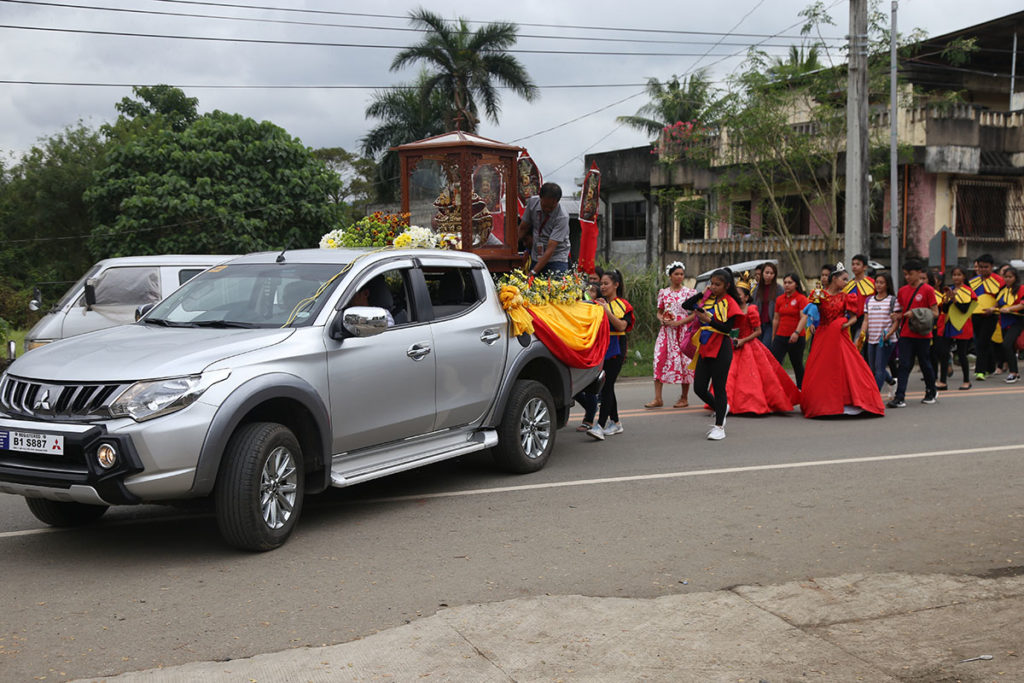 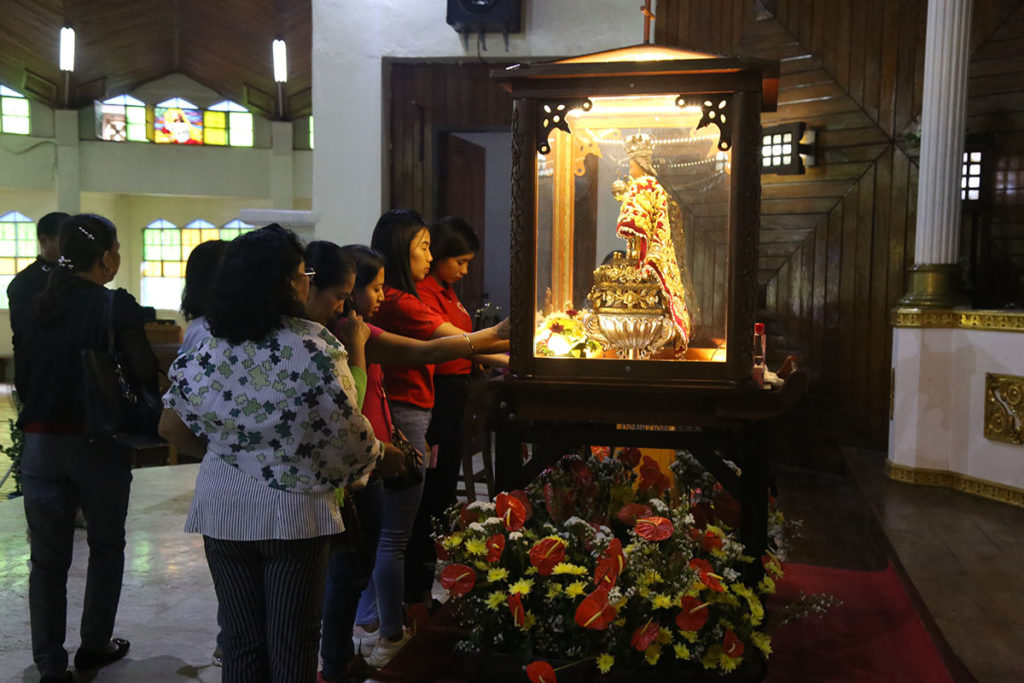 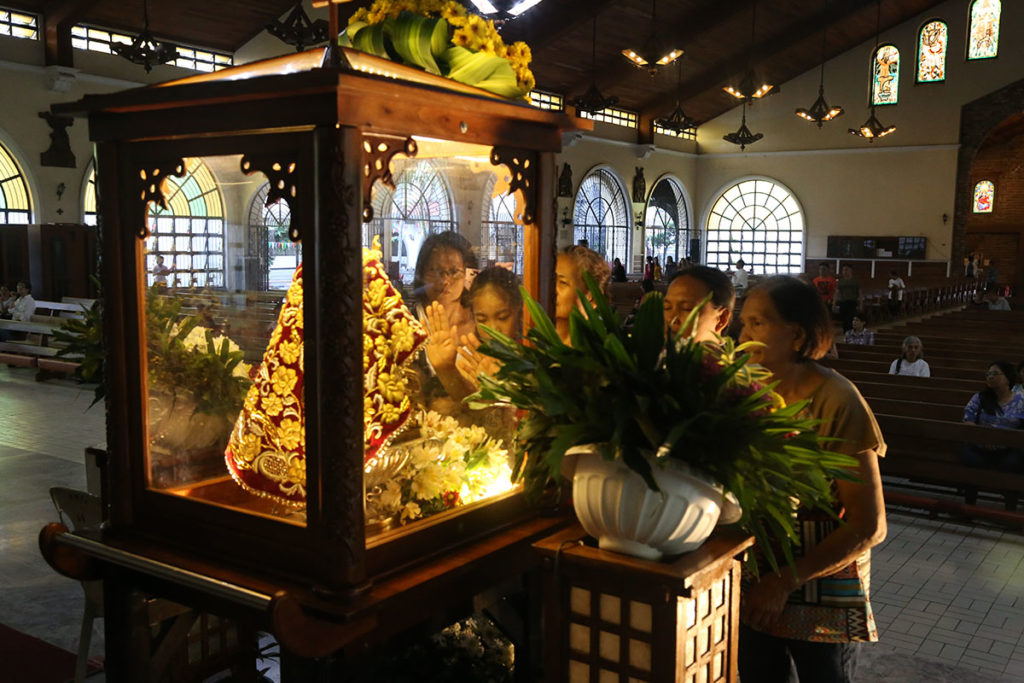 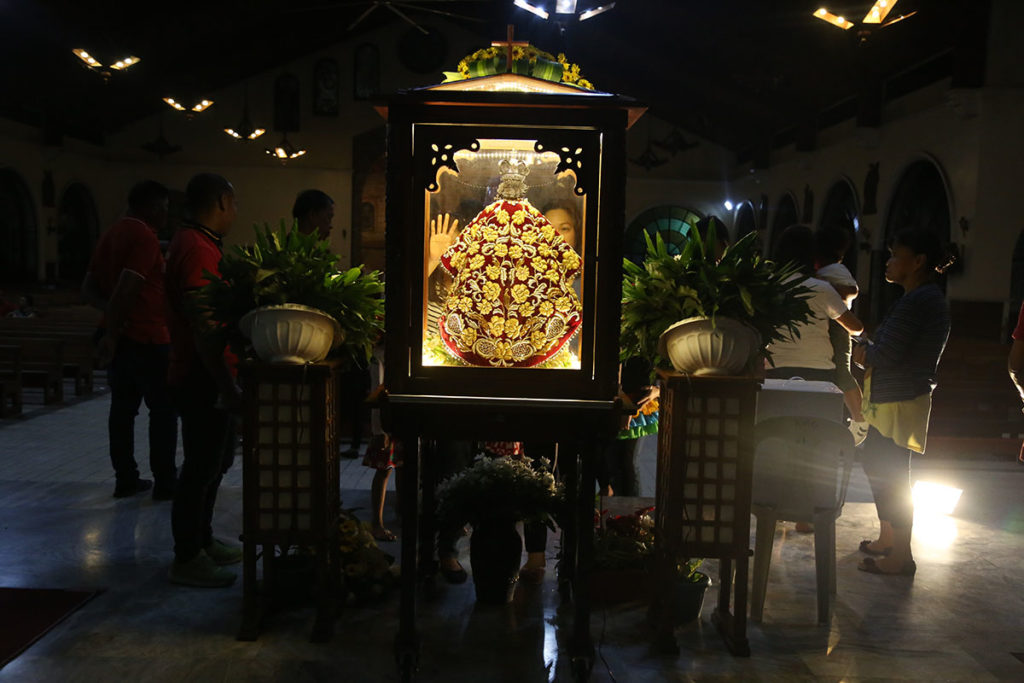 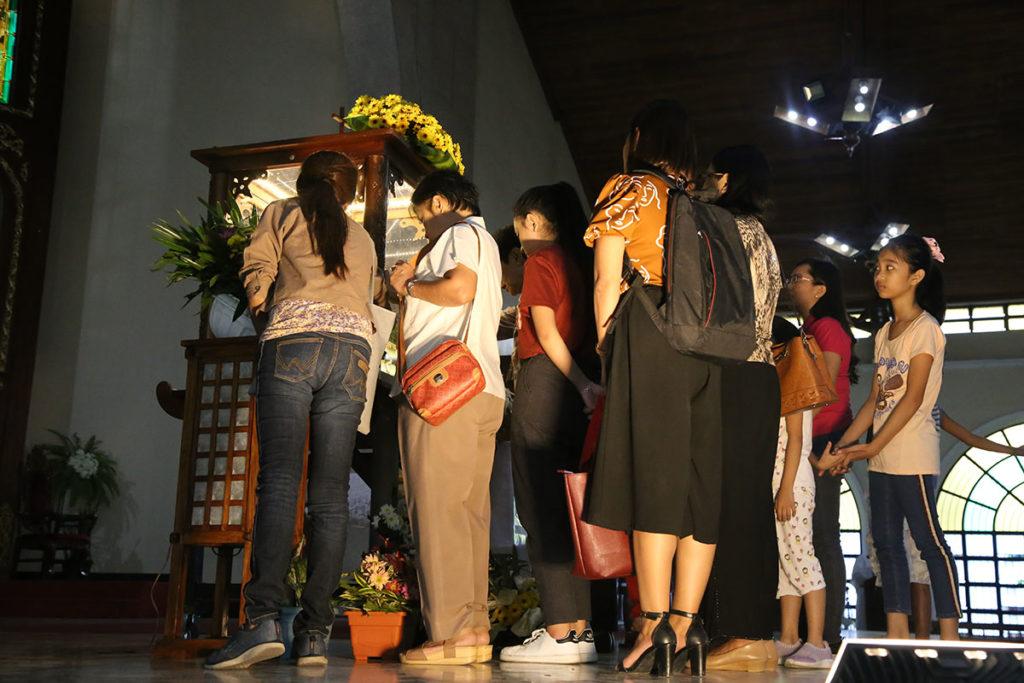 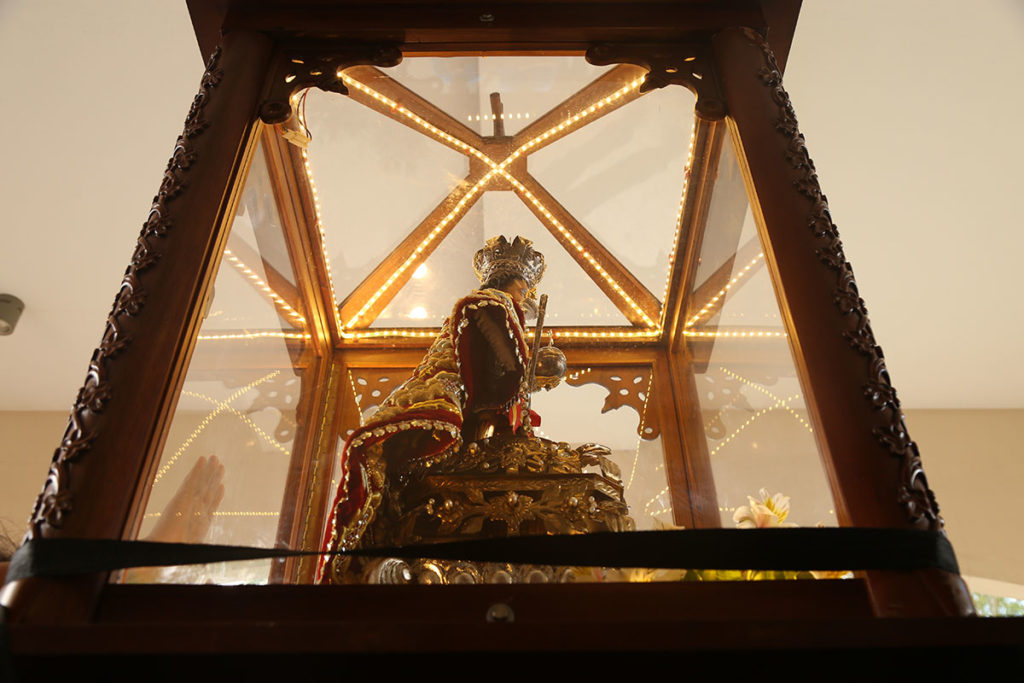 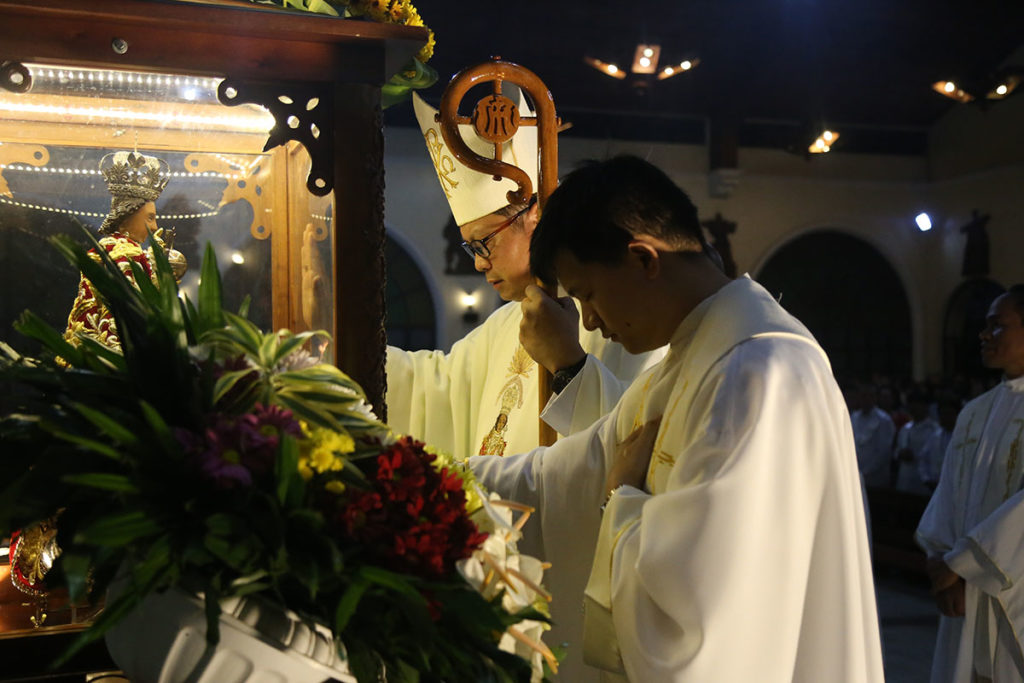